CALL US FIND US
Home » Did You Know

DID YOU KNOW YOU CAN BUY A CAR ON LAYAWAY?

Well, at least you could in 1923. That’s when Henry Ford, upset with the growing trend of buying cars on credit, instituted his savings-coupon book plan. Customers could go to their Ford dealer and get a coupon book and buy stickers for $5 and up. Once they filled the coupon book, they could redeem it at their dealer for a brand new Model T (in black, of course). Over the next two years, Ford sold about 300,000 cars this way.

DID YOU KNOW THAT DIESEL FUEL WEIGHS MORE THAN GASOLINE?

It’s true. A gallon of diesel fuel weighs around 7 lbs compared to 6.2 lb for gasoline (a 10% difference). Diesel fuel has a higher energy density than gasoline, generating about 15% more BTUs on average. But that’s only part of the story. Diesel engines are more efficient by design, leveraging that extra energy into a 30-35% efficiency improvement compared to a gas engine. This is one reason you will see more and more clean-diesel cars and light trucks in the future.

Motorola’s first attempt at music on the road was a built-in record player. It didn’t catch on. But in 1930, the first commercially successful automobile radio (also by Motorola) was wired into production cars. The option cost $130 – almost a quarter of the base cost of a new Ford Model A Deluxe Coupe! At the other end of the spectrum, the Ford Crown Victoria was the last vehicle to offer a cassette player (originally introduced in 1970) in its 2011 model year.

White, silver and black have been the dominant colours for automobiles in recent years. BASF, which manufactures automotive paint, conducts an annual survey and makes a forecast of shifts in colour trends. It predicts that North Americans are looking to buy more deep tone colours like brown and blue. Earth tones are also on the rise. To the extent that vehicle colours represent our values, green can be seen as “the colour of growth and new beginnings”.

Speeding in Canada can be expensive. Typical speeding tickets are less than $1,000. Maximum fines vary by province and can run up to $25,000. Some European countries factor in the annual income of the speeding driver. One speeder in Switzerland, clocked at 300 km/hour faces a fine of $800,000 plus the confiscation of his $200,000 automobile. And you thought you were just saving gas by driving at the speed limit!

Early motorists used a mixture of onions and carrots smeared on their windshields to repel water – at least until 1902 when Mary Anderson invented the first windshield wiper. Other prominent early automotive advances by women inventors include the car heater, the muffler, the rotary engine and the turn signal (a mechanical arm on the rear fender).

HOW DO AIRBAGS WORK?

Many people are surprised that their airbags didn’t deploy in an accident. Because a deploying airbag is violent in itself (airbags kill 1 person for every 22 they save), your vehicle’s computer will only set them off when the crash is life threatening and will do more good than harm. A sophisticated system of sensors detects the speed and angle of impact as well as the placement and weight of passengers. Direct front or side impacts and rollovers are the most likely events to trigger airbag deployment.

ORIGINS AND ENDINGS OF CAR COMPANIES

Henry Ford left his job as chief engineer of the Edison Illuminating Company to start making automobiles. Studebaker built wagons for farmers and the military before building its first car, an electric automobile. Before building cars, the Packard brothers made carbon arc lamps. Nash Motors merged with Kelvinator Refrigerators in a strange corporate twist and then acquired Hudson to form the American Motors Corporation. Today, only the refrigeration unit lives on.

The Peanuts comic strip characters were first animated for a 1957 Ford Fairlane TV commercial. The gang continued to promote Ford for a number of years. In an ad for the 1961 Falcon, Linus tells Pigpen that the sales success of the Falcon “must be pretty embarrassing for the other compact cars to realize that they missed the boat” and that the Falcon’s 6,500-kilometre oil change interval was “virtually beyond comprehension”.

WHAT’S IN A CAR NAME?

There are at least 24 car models with animal names – OK, some of them are mythical. Can you think of any others? 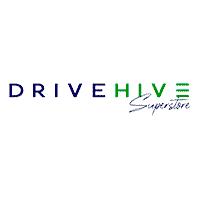